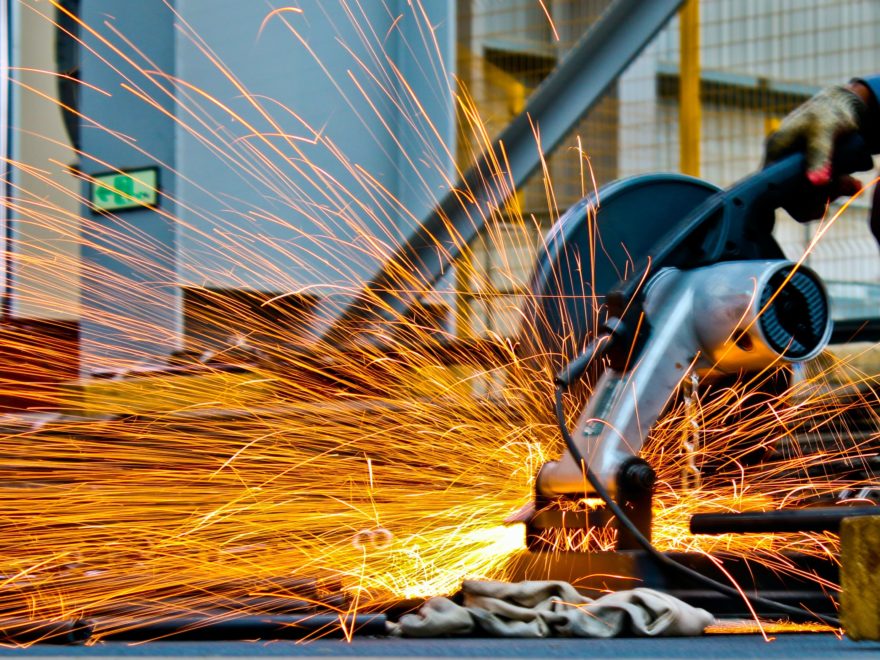 The article that brings me here today is rabid news, but nevertheless, it may not be as pleasant as others that I have done before. That is why I am going to try to focus on it in a positive way and as a solution aimed at providing alternatives so that industrial SMEs can get out of the situation that the pandemic is leading us to in many cases. I will ignore from all this analysis what is related to TLSs, the alternatives they provide, how they should be managed, etc., since it is something that was already analysed in my previous article, precisely about everything that has to do with this matter.

As I have said before, this year that has started less than two months ago is going to start with a few uncertainties and it will end, I believe and I hope, with certainties. It is therefore about being prepared to battle uncertainties and having the assurance that they will be temporary and that as soon as a series of events occur, they will disappear. How and in what way they will do it is something that remains to be seen and that in any case is not the subject of this article.

But there is one thing that is already true and undeniable, because we are already in the middle of this first quarter of the year, crucial for many companies, and that is that it begins to present complex characteristics, the result of the development of the pandemic. We are immersed in a third wave, and although lockdowns like those of a year ago are not contemplated, the truth is that the Autonomous Communities have applied a series of restrictions that limit mobility, in certain places the closure of leisure places, and in those that do not exist that limitation, there is a very restricted opening of them.

All of this clearly influences the economy and industry. So does the fact that vaccines have begun to flow in a somewhat erratic way, with significant inequalities in terms of supply and application, depending on which company it is and which Autonomous Community we are talking about. It is not clearly known the vaccination schedule, and when it is known, its application is far from ideal. Without a doubt, it is a complex issue, but also, as recognized by the President of the European Commission, Ursula von der Leyen, the ability of pharmaceutical companies to supply vaccines in a timely manner has been overestimated, in addition to the logistical difficulties that their distribution and application entail once they are in the country and in the territory where they will be applied

Finally, we have what is undoubtedly the greatest problem, not only at the macro level as a country, but also at the individual and family level. The European Commission has just indicated that about 3 million jobs have been lost in Europe as a result of the crisis due to the pandemic. As always happens in these cases, we have the dubious honour as a country of leading the ranking in this field with 900 thousand jobs lost in Spain, that is, 30% of the entire area. The 30th%! If we take into account that Europe has 446 million inhabitants and Spain just over 47, that is, 10.5%, it means that our weight in unemployment is 3 greater than our demographic proportion. Wow!

The fiscal year of 2020 has been the worst in the historical series for entrepreneurship. According to the Business Radar of Bankruptcy and Business Creation published by Axesor, only 76,189 companies were created, 18.73% less in year-on-year terms and the lowest number since 2008. And regarding bankruptcy, despite of the measures adopted by the Government to avoid the closure of solvent companies affected by the crisis, the reduction was 12.92%, even producing an increase in December of 4.35%, giving a cumulative annual of 4,192 cases.

According to the National Institute of Statistics, after six years of successive increases, industrial production fell by 9.1% in 2020, 9.4% if we correct for seasonal effects, which was the biggest setback since the financial crisis of 2009. This drop was especially acute, as we can already imagine, during the months of April, May and June, that is, in the worst phase of the pandemic. It has been a fall that has affected almost all sectors, with the sole exception of the manufacture of pharmaceutical products, which grew by 2.1%.

What do I mean by all of the above? Am I trying to convey a pessimistic message about our future? That would not be my intention. I have already commented it at the beginning of the article. But it is true that until certain clouds are cleared, we should not expect great encouraging news.

In conversations I have with friends from different sectors, they tell me that decisions are beginning to be timidly made in aspects related to projects, training, etc., something that a few months ago was unthinkable. We all know that the first decision that entrepreneurs take as soon as they see the arrival of a crisis is to stop projects that involve investment, that is, a net cash flow. For a matter of prudence and confidence in the situation. And for those same reasons, the latest decisions also refer to the same thing. When projects with cash flow begin to run, it is when it is possible to understand that the crisis is over.

Given all this, and understanding that in a month or a little more, the vaccines will begin at cruising speed, my best estimate is that the recovery will begin to occur in the second half of the year, rather in the last trimester, and will have already perceptible and concrete effects towards September, although the tourism campaign in summer will not yet be normal, especially in terms of foreign visitors. But the first clear lights will already be towards June-July, and more if the long-awaited herd immunity occurs for those dates, as all governments anticipate.

Several shapes have been considered on how it will be the exit from the crisis (in U, in V, in W, in a bathtub curve or in K). This has been mainly due to the fact that it was already decided how the recovery would be before knowing the depth of the crisis, which obliged, by force of facts and events, to change the geometric shape by the experts, neglecting to this way of what they had said a few days or weeks before. Everything suggests that we will be facing a recovery that will not be homogeneous or similar in quantity and intensity in all sectors. That is, everything suggests that the geometric figure chosen and in which recovery will occur in this case will be K.

Therefore, there are still some complex months left, which can be very long, especially for SMEs, if the appropriate measures are not taken. The last extension on the aid to TLSs, approved by the Minister Council and agreed with the social agents, ends on May 31, and there are many doubts as to whether they will continue. The Government has expressed through the third vice president, Nadia Calviño, its willingness to continue helping companies that were solvent and with a future and that are going through transitory bad times due to the impact of Covid. 19.

Finally, the funds for the Strategic Projects for Recovery and Economic Transformation (PERTEs) or Next Generation projects are in the air, since it is not yet known how they will arrive or when, due to what in my opinion represents a very bad pedagogy of them on the part of our public authorities and because of the feeling that is being installed in the business world that they will fundamentally benefit large companies and corporations, leaving aside the SMEs, as always, the big losers in the sector.