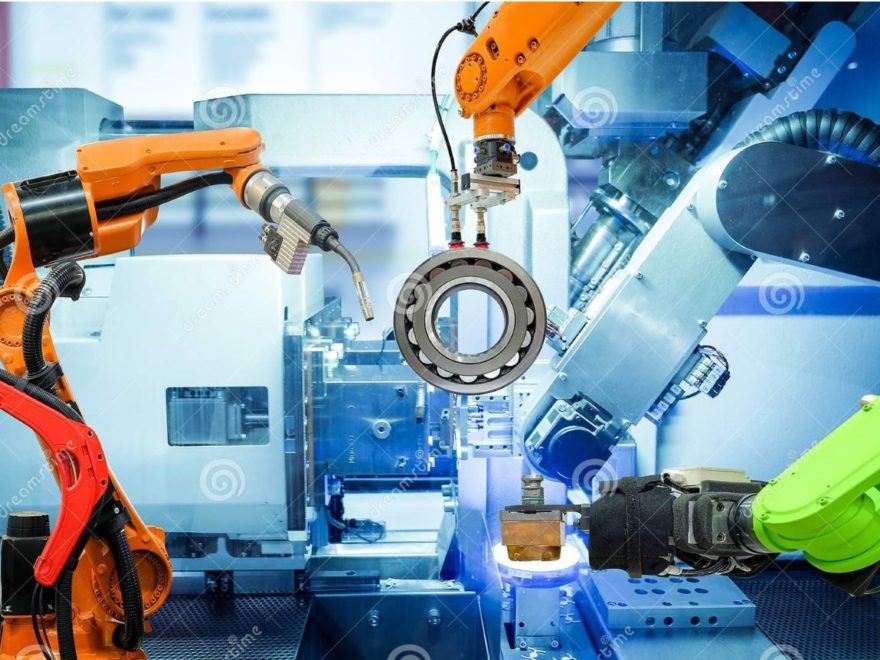 I bring here a question that has sparked many discussions among administration technicians, political opinion-makers, socialists, businessmen, unions, etc.

I bring here a question that has sparked many discussions among administration technicians, political opinion-makers, socialists, businessmen, unions, etc.

In fact, if we look at the acronyms of two of the most important business and personal taxes, we see that personal income tax is the acronym for Personal Income Tax and the SS is the acronym for Social Security. The other two would be VAT and Tax on income that record added value and business profits, respectively, and therefore, not directly subject to this controversy, since they are generated whether those who operate the products are people or robots (regardless of the unit and global amount of both taxes, which will surely, although not in all cases, be higher in the second one).

It seems then that the question posed in the article does not have a pass, as it is colloquially said. Because giving a digital or legal personality to each device sounds completely crazy. But as the possibility that this exists takes shape, concern and uncertainty begins to settle in the interest groups.

Digital systems and robots are intelligent machines that are expanding at a dizzying rate. The annual figures in the automation of jobs predict that in the coming years the increase will be greater. According to McKinsey Global, by 2030 20% of jobs globally will have been automated, while by 2040, the figure will reach 47% of jobs, according to a study by the University of Oxford.

Recently, they did an interview in a written media with the President of the Spanish Toledo Pact and former Minister of Labor and Social Security, Magdalena Valerio, as a result of the agreement reached within mentioned pact by all the political groups of the Spanish parliamentary arch , except Vox (extreme right wing).

In that interview, she was asked directly about what that agreement indicated or implied about the possibility of a tax on robots. Ms. Valerio replied that although that was not said, the agreement did indicate that “the challenge is to find innovative mechanisms that complement the financing of Social Security to correct an excessive dependence on contributions in a different productive and demographic scenario to the twentieth century. This would strengthen the financial structure of the system”.

Ms. Valerio continued, indicating that “maybe it is not a tax on robots, but maybe it is on companies that are highly mechanized, highly robotized, which have to make a contribution plus.”

All this statement is in line with what is indicated by the European Commission, which has already been working for some time to develop a directive that identifies and agrees on a series of civil regulations regarding robotics.

The controversy is served. Detractors and supporters of the measure have already taken to the public square to argue reasons in one direction and another. Here there are some of them:

My opinion is that progress cannot be stopped. We can call them robots, or we can call them human labour aid systems. But they are necessary. And the human being, whose capacity for invention is infinite and always in the laudable line of aspiring to live better, will not stop inventing this type of aid. And I have many doubts:

In short, the difficulty of limiting the type of machine / robot for which it should be listed would generate legal uncertainty, making it necessary to create an organization that would issue certificates and, in addition, control the machines that each company uses, with the difficulty that this entails.

In addition to the above, there are others of a practical nature, which must also be taken into account:

Who charges for the taxes “contributed” by the robot when it “retires”? It seems like a funny thing, but the system is based on contributions that then revert to the worker at the end of their working life. What if the worker is a robot? Do they only pay or also receive?

And more and more.

There are two types of machines that can be included in the group we are talking about:

I put three reflections to question the measure:

All of the above leads me to think that the idea that is put forward in that agreement is not a good idea. It seems to me that:

Surely there are many more arguments, and there is no doubt that they are also different from the ones I indicate in this document. But I do believe that this type of debate must be raised without ambiguity or concealment, not in the way in which it is done.

It is true that it is not the fundamental element of the agreement, which does not diminish its importance for the times to come. Hiding it gives reason to those who, as Rafael Termes indicated back in 1995 when the pact was created, who said that “The Toledo Pact is a pact of silence so as not to tell the Spanish the truth about pensions.”

I think that it is a bit dramatic information, and I understand that the pact between all the political forces around such an important issue is necessary. But levying a new tax on the industry is not logical, not even fair. It is not the way to go, even when the problem of prices is a complex problem and difficult to solve.

It is true that many people who currently have a job that is susceptible to being automated will have to make a decision. And that the only solution is to retrain at work or to fatten the unemployment lists. The machines are precise, tireless and lower the cost of production, that is, there we will not be able to compete with them.

Not even all the trade union centrals defend the same position in this area. While some advocate the formula on which the article deals with, others bet on improving the configuration of the tax on income so that the taxation on the profit of the companies that obtain advantages from the robotization is reflected.

That is why I believe that we must be aware that our future work should focus on training ourselves in jobs in which robots will not be able to replace us, such as those that have human and social capabilities attached, that provide creativity, emotional capability and leadership, in addition to offer qualities such as empathy and intuition.

Ultimately, it is about living with a reality that is already here, and finding appropriate ways of living together. And not to put stumbling blocks so that it does not come. The circumstances are not chosen, they are faced.